The Impossible Burger: Everything you need to know

id=”article-body” class=”row” section=”article-body”> Traditional meat-free burgers are made from some combination of soy, beans and lentils and texture is nothing like beef. The Impossible Burger is here to change that. 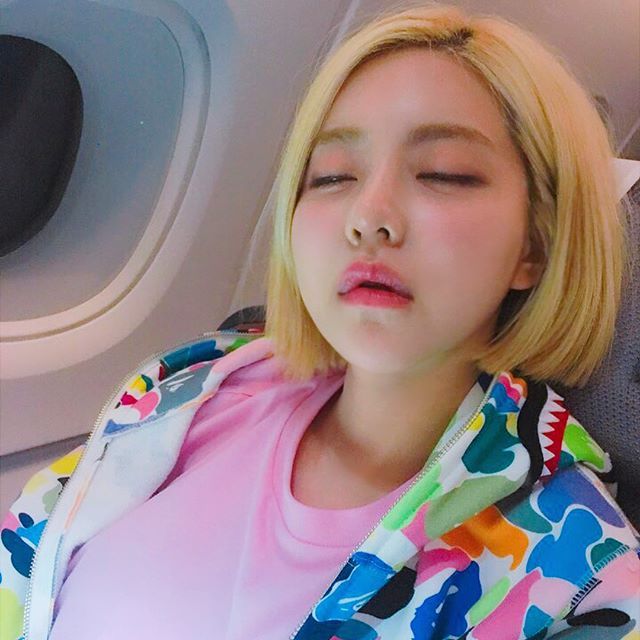 The Impossible Burger from Impossible Foods has everything a meat lover looks for in a burger: a slightly pink middle, juicy dribbles, a smoky flavor and the ability to get the characteristically charred crust that only a grilled burger can offer.

In fact, vegetarian CNET reporter Joan E. Solsman found it to be so meatlike that she couldn’t even finish a sample. After not eating beef for more than a decade, she mumbled through a mouthful: “It’s kind of grossing me out.”

The other thing that might put you off about this cool, meatless burger? It’s created in a lab, not in green pastures.

Read more: Impossible Burger vs Beyond Meat Burger: Which one is the better burger? | There’s a new meatless burger on the market

The meatless burger from Impossible Foods grills just like a real beef patty.

What is in the Impossible Burger?

The protein in an Impossible Burger isn’t animal flesh; rather, it’s a blend of soy and potato proteins. This is different from the Impossible Burger 1.0, which used wheat protein (Impossible Burger 2.0 is gluten-free). Soy has had a bad reputation with some, but Impossible’s vice president of nutrition has some thoughts about common soy myths.

The juicy sizzle when an Impossible Burger hits the pan or grill comes from coconut and sunflower oils, the burger’s fat sources. To hold everything together, Impossible Foods uses methylcellulose, a bulk-forming binder that also serves as a great source of fiber.

Now playing: Watch this: The Impossible Burger gets a beefy upgrade at CES 2019 4:46 As for flavor, well, this is where things get interesting. Impossible Foods employs heme as the main flavor compound in its burger. Heme is an iron-containing compound found in all living organisms. Plants, animals, bacteria, fungi… if it’s alive, it contains heme.

In animals, heme is an important part of the protein hemoglobin, which carries oxygen throughout your body via blood. Know how your mouth tastes metallic when you accidentally bite your lip? That’s heme.

In plants, heme still carries oxygen, just not via blood. The Impossible Burger contains heme from the roots of soy plants, in the form of a molecule called leghemoglobin. Food scientists insert DNA from soy roots into a genetically modified yeast, where it ferments and produces large quantities of soy heme.

GMOs also have a bad rap, but  read what this scientist has to say about genetically modified organisms (TL;DR: GMOs don’t cause cancer, autism or any other illness they’re claimed to cause).

The short answer: The Impossible Burger tastes like beef.

Remember that vegetarian whose stomach was repulsed by the Impossible tartare? That’s because it tastes, smells and feels like real beef.

For vegetarians, vegans and probably the average omnivore, the Impossible Burger is an incredibly similar substitute for beef. For beef connoisseurs and picky eaters, Impossible is getting close, but may still have some work to do.

Where can I get an Impossible Burger?

Impossible rolled out the Burger 2.0 in about a dozen restaurants shortly after CES 2019. Since then, the company has made it available to all of its partners, and there are more locations serving Impossible’s burger in Los Angeles, San Francisco, New York City, Chicago and many other big cities.

You can use Impossible Foods’ location finder to locate Impossible Burgers near you. By the end of the year, Impossible also plans to offer a “raw” version of its ground beef patties in grocery stores.

After encountering manufacturing troubles in June 2019 that led to an Impossible Burger shortage, the company launched a partnership with food provider OSI Group to help roll out the Impossible Burger at every Burger King in the country and stock grocery stores in September 2019. Impossible Foods hasn’t yet announced exactly which grocery stores will sell their products, but in just a few months, you’ll finally be able to cook the coveted burger at home.

Now playing: Watch this: Burger King’s Impossible Whopper: see the technology… 7:19 How much does it cost?

Prices for an Impossible Burger vary from location to location, but these deceivingly meaty plant-based burgers generally cost more than a regular beef burger. At Red Robin, an Impossible cheeseburger costs $13.49, while the gourmet cheeseburger made of beef costs $9.99.

Impossible plans to roll out the raw version in grocery stores at a price comparable to prices for USDA premium ground beef.

Is the Impossible Burger safe?

You can safely eat an Impossible Burger unless you are allergic to soy, 샌즈카지노쿠폰 coconut or sunflower. The ingredients in Impossible Burgers are simple and free of any toxic additives, flavorings or artificial ingredients. The soy-based heme is approved by the FDA as safe to eat.

While the Impossible Burger is perfectly safe to eat, other countries have cracked down on what kind of language companies can use to label faux meat products. In 2018, France banned the terms burgers, steaks, sausages, or fillets from labels on vegan and vegetarian substitutes for meat products. The move was intended to alleviate any confusion shoppers might have distinguishing fake meat from the real thing.

What’s the deal with glyphosate?

Glyphosate is an herbicide that’s been linked to a significantly increased risk of cancer, but the US Environmental Protection Agency says the herbicide “is not likely to be carcinogenic to humans.” Conflicting evidence and statements abound across research studies and regulatory agencies.

Moms Across America, a large consumer advocacy group that is anti-GMO, says it tested Impossible Burgers at Health Research Institute Laboratories and found “highly dangerous” levels of glyphosate in the patties.

In May 2019, Impossible Foods committed to using genetically modified soybeans, a choice the company says supports its mission of scaling to the point of eradicating animal agriculture for food by 2035 — and a choice that likely sparked Moms Across America to launch its campaign.

In its unofficial company response to Moms Across America, Impossible Foods says the level of the herbicide detected is “almost 1000 times lower than the no-significant-risk level for glyphosate ingestion (1100 micrograms per day) set by California Prop 65.”

The World Health Organization, the Food and Agriculture Organization and the US Environmental Protection Agency also have set safe daily limits for glyphosate exposure, but they are much higher than those of California Prop 65, so Impossible Burgers falls even further below the threshold for those agencies.

Is it healthier than beef?

As far as calories go, an Impossible patty and a typical beef patty are pretty close. A 4-ounce Impossible Burger 2.0 patty is 240 calories, whereas 4 ounces of ground beef ranges from about 250 to 300 calories, depending on the fat content.

Also, the Impossible Burger contains less cholesterol, sodium and fat than beef does, so it may be a good choice for you if you’re watching those particular nutrients. Impossible Burgers also contain 3 grams of fiber per serving, whereas animal meat contains no fiber.

Impossible Foods uses heme from the roots of soy plants to mimic the texture and color of ground beef.

Impossible Burger vs. Beyond Meat

Impossible Foods isn’t the only company using plants in unconventional ways. Beyond Meat, another meatless meat company, makes burgers, sausages and crumbles out of plants. (Check out this list of meat alternatives for the grill.)

Beyond Meat’s burger is available in a few restaurants and in grocery stores nationally. The cost varies by location, but a two-pack of burger patties generally costs $5.99.

In terms of health, research tells us that high intake of animal protein, especially red meat, is linked to a higher risk of weight gain, stroke, diabetes and heart disease.

However, the benefits of meat substitutes extend past the health of humans; they reach as far as the health of our entire planet.

Production of meat from livestock is thought to result in 10 to 40 times the amount of greenhouse gas emissions as production of plant crops. And according to the Environmental Working Group, the livestock agriculture process required for meat products releases those gases — as well as manure, fuel and pesticides — into our air and water.

Additionally, livestock is Earth’s largest user of land, with about 80 percent of all farm land attributed to animal agriculture. This holds serious implications for erosion, water usage and even grain consumption — the grain that feeds livestock could feed 800 million people.

In sum, products like those from Impossible Foods and Beyond Meat have the potential to impact a few pertinent things: human health, environmental sustainability and global resources.